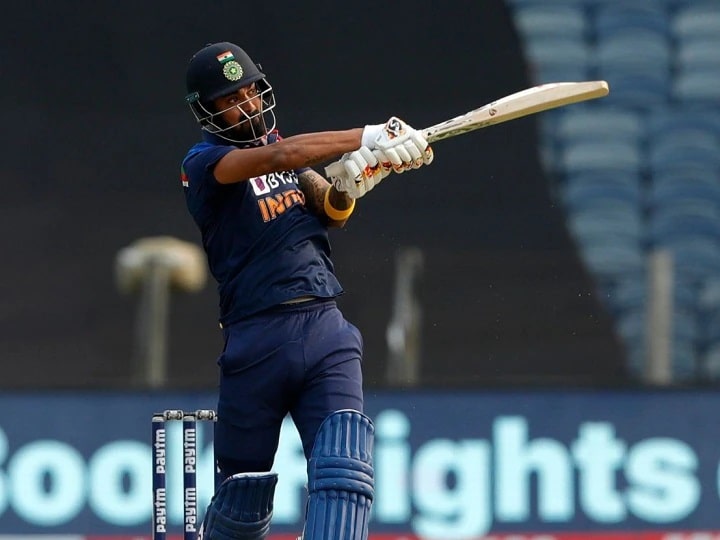 IND vs ENG ODI, 1st Innings Score: India have set a target of 318 runs in 50 overs to win against England in the first ODI against England at the Maharashtra Cricket Association Stadium. Lokesh Rahul’s unbeaten 62 and Krunal Pandya’s unbeaten 58 runs, making his debut ODI, India scored 317 runs for the loss of five wickets in 50 overs.

Earlier England won the toss and invited India to bat first. Rohit Sharma and Shikhar Dhawan gave India a good start of 64 runs for the first wicket. Rohit Sharma, however, returned to the pavilion after scoring 28 runs. After this, there was a partnership of more than 100 runs between Shikhar Dhawan and Virat Kohli. Virat Kohli scored an innings of 56 runs and he became a victim of Mark Wood.

Brilliant batting display from #TeamIndia as they post 317/5 in 50 overs. @Paytm #INDvENG pic.twitter.com/9iU3lmZQBz

Shikhar missed by just two runs to complete his career’s 18th century. He has been the victim of nervous ninties for the sixth time in an ODI career so far. He hit his 31st half-century off 106 balls with the help of 11 fours and two sixes.

India then quickly lost the wickets of Shreyash and Hardik Pandya. India were in a very difficult position after losing five wickets for 205 runs. But a 61-ball 112-run partnership for the sixth wicket between KL Rahul and Krunal Pandya raised India’s score to 300.