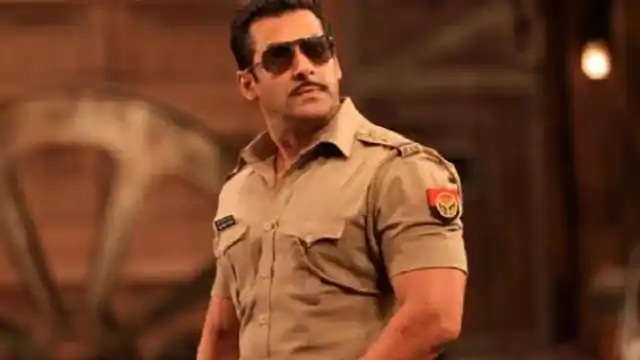 It has been 10 years since the release of Bollywood actor Salman Khan’s superhit film Dabangg. In this, Salman played the role of Inspector Chulbul Pandey, which was very well liked. Sonakshi Sinha started her career with Dabangg. Salman Khan has shared a special video on Twitter on the occasion of the film being 10 years old.

This video is taken from ‘Dabangg’. It can be seen that Samlan Khan is seen speaking dialogues. Apart from this, he is dancing and washing goons. The video shows the full swag of Salman Khan. Sharing this, Salman wrote in the caption, “Ten years of Dabangg. Thanks to your love and support. “The film featured stars like Sonu Sood, Arbaaz Khan, Dimple Kapadia, Mahi Gill and Vinod Khanna, apart from Salman and Sonakshi.

These days Salman Khan is in the headlines for the reality show Bigg Boss 14. It was recently reported that Salman Khan will shoot the premiere episode of the show on October 1, after which he will be shooting for the film Radhey: Your Most Wanted Bhai.

According to a Mumbai Mirror report, Bigg Boss will be on air from October 4. Normally, the premiere episode of the show is shot a day in advance so that the cloak of contestants can be hidden. But this time the premiere episode will be shot on day three. Let me tell you that recently a photo of Salman was fiercely viral, in which he was seen hitting the set of Bigg Boss.